Thom Yorke: In Rainbows Free Download Was A 'One-off' 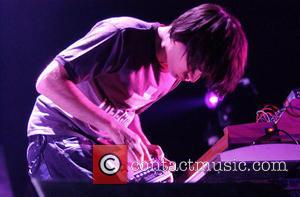 Offering their latest album In Rainbow as a free download was a "one-off", according to Radiohead frontman Thom Yorke.

The Oxford quintet were held to have revolutionised the music industry with the online release of their seventh album as fans were able to pay whatever they wished for the record, many paying nothing more than the mandatory 45p credit card charge.

But while the innovative release drew praise and criticism in equal measure from the music industry, Yorke has stressed the band do not plan to tread a similar path in future.

"I think it was a one-off response to a particular situation," he told the Hollywood Reporter.

"It was a one-off in terms of a story. It was one of those things where we were in the position of everyone asking us what we were going to do."

He added: "I don't think it would have the same significance now anyway, if we chose to give something away again. It was a moment in time."

Though the release of In Rainbows may not have been especially lucrative for Yorke and his band, the decision to give fans increased power to name their price has seen the likes of Prince, Nine Inch Nails, the Charlatans and The Subways offering free music of late.

And the popular clamour for the change was evident yesterday, as Coldplay's website crashed due to the number of fans logging on to the site to download the band's upcoming single Violet Hill for free.