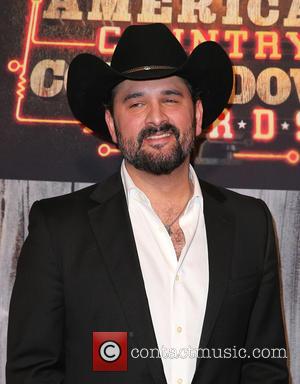 Picture: Ray Scott - Shots of a host of celebrities as they took to the red carpet for the 2014 American Country Countdown Awards which were...

The Drinkin' Beer singer and Beard started dating last year (14), but the star tells Country Weekly he knew the time was right to ask her to marry him.

He says, "We both kind of knew it was coming, so I chose to surprise her. It was just the two of us. No big hoopla or event-type feeling. That would’ve been a cliche and somewhat expected by most. This is between her and me, the way it’ll always be. It’s a happy time for us both. Everybody deserves to feel that way."