After much speculation, Flea has written an open letter to Chili fans, confirming that he only pretended to play his bass guitar during their Super Bowl halftime performance. 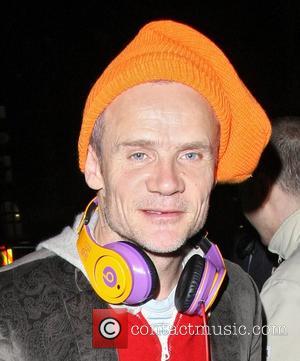 The 51 year-old was called out for allegedly faking to play his bass guitar in their live set, with it being clearly visible that his instrument was not plugged into anything.

This was first spotted by Living Colour guitarist Vernon Reid, who tweeted, "That guitar is plugged into NOTHING."

But instead of ignoring or shunning these accusations, the veteran rocker explained himself in a blog posted on the band's official website.

Flea wrote, "When we were asked by the NFL and [headliner Bruno Mars] to play our song 'Give It Away' at the Super Bowl, it was made clear to us that the vocals would be live, but the bass, drums, and guitar would be pre-recorded."

"I understand the NFL's stance on this, given they only have a few minutes to set up the stage, there a zillion things that could go wrong and ruin the sound for the folks watching in the stadium and the t.v. viewers."

Adding, "There was not any room for argument on this, the NFL does not want to risk their show being botched by bad sound, period."

Flea also notes that although playing live is a "sacred thing" for the Chili's and admits to not been keen on the idea originally, they went ahead with it because "it was a surreal-like, once in a lifetime crazy thing to do and we would just have fun and do it."

Their halftime performance, along with Bruno Mars, was watched by hundreds of millions of people, as the Super Bowl game featuring the Seattle Seahawks' demolishment of the Denver Broncos, was the most watched televised event in history.

The Chili's performance was watched by a record number of viewers