Stevie Nicks says Reese Witherspoon is "too old" to play her in a biopic. 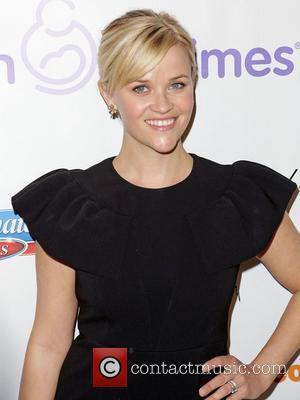 Stevie Nicks appears to have shot down any chance Reese Witherspoon had of playing her in a movie biopic, branding the Oscar winner "too old" to play her. Witherspoon has mentioned as a possible casting choice for a planned movie about Nicks and Fleetwood Mac, but the legendary singer says her days after numbered. "I've already told her she's almost too old," the singer told ET Canada at the Toronto premiere of her new documentary In Your Dreams.

It appears Witherspoon might be of the same opinion, "I love her, but she's like, 'I could play your mother," Nicks recalls. Though the Hollywood actress is just 37, a movie about the Fleetwood Mac singer is likely to focus on her younger years and rise to stardom, which probably would make it a little difficult for Witherspoon to tale the role. Anyway, she's got other things on her plate.

She was snapped on the set of her new movie 'The Good Lie' in Atlanta this week, wearing cowboy boots, a jean skirt and a teal top. The movie is based on the real life story of a young refugee of the Sudanese Civil War who wins a lottery for relocation to the U.S with three other boys. He develops an unlikely friendship  with a brash American woman assigned to help him, though struggles to adjust to the modern world and feels guilty about the brother he left behind in war-torn Sudan.

Even without Nicks' blessing, Witherspoon still has a better chance of playing her than Lindsay Lohan does. When the troubled actress' name was tossed around to play the singer, the veteran rocker said it would happen "over my dead body." Ouch.