Rita Ora And Calvin Harris Go Official On Their Relationship: Will It Last?

The pop star and producer are getting serious, but will it last? 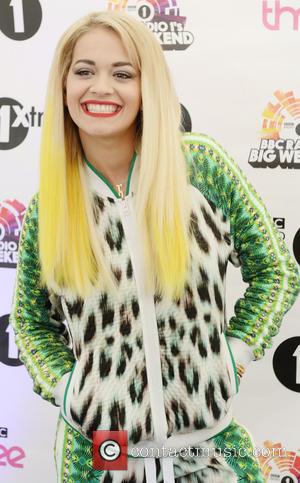 Rita Ora and Scottish production whiz Calvin Harris have been spotted out together more and more frequently in recent weeks and on Saturday (May 25) the pair went public with their relationship. Already though, doubts have been cast on the validity and longevity of the relationship, with bets being taken already on how long the pairing could last.

The link up with Calvin is 22-year-old Rita's seventh relationship in only six months, so you can forgive us for wondering whether the pair might not last. As well as Dave Gardner, James Arthur and Harry Styles, Rita's most memorable (and longest lasting) relationship with Rob Kardashian, which culminated in a Twitter breakdown on Rob's behalf in which he accused her of being a cheat, sleeping with up to 20 men behind his back as well as lying about being pregnant.

Although Rita vehemently denied all the accusations thrown her way, as you would, Rob's accusations must have placed some nagging doubt in the back of Calvin's mind, and perhaps all her other pieces of arm candy that have preceded him. But maybe Rita was just waiting for the right man, and with the 29-year-old superstar producers she may have found what she has been looking for.

The two were last spotted on a date last night, with Calvin acting as the perfect gent as he helped her in and out of a car and escorted her through a crowd of photographers with a helpful hand placed around the singer. It was all very romantic. Rita Ora and Calvin Harris (spotted Friday night) are getting serious, but will it last?

So, will it last, or will Rita throw Calvin to the curb like she has with so many other men of late? Or could Calvin be the one to ditch Rita? What do you think? Does anyone care? The pair have been spotted numerous times before