Rita Ora Is New Judge On The Voice UK 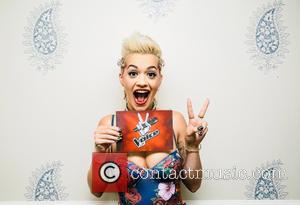 Pop star Rita Ora is to replace Kylie Minogue as the latest judge on The Voice Uk.

The R.I.P hitmaker took to Twitter.com on Tuesday (23Sep14) to announce she has signed up to star in series four of the British reality Tv show, which is slated to air in the U.K. next year (15).

She follows in the footsteps of previous judges Kylie Minogue and British singer Jessie J.

Black Eyed Peas star will.i.am says, "Sir Tom Jones is our rock, Ricky is awesome and it's our pleasure to welcome the very talented Rita Ora. Rita is sweet, spicy and sassy - she's going to be a great addition to the Coaches team."