Rita Ora has revealed she was so overwhelmed when she met Jay-Z that she went into shock. 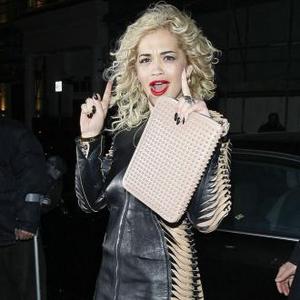 Rita Ora ''went into shock'' when she first met Jay-Z.

The 21-year-old singer didn't expect the media mogul to be present when she flew to New York to meet with his Roc Nation record label and was completely overwhelmed when she walked into the room and was greeted by the ''legend''.

She told Q magazine: ''I went straight from the airport and I thought it was just a boring meeting.

''He was sitting there and I went into shock. I mean, he's a legend.''

Rita is currently working on her debut album and though she is collaborating with a number of high-profile stars, she insists she has full control over the record.

She said: ''There are a lot of co-writers, Chase & Status, Drake and Stargate, but the concept always comes from me. Even when it's someone as big as Drake.''

Rita was born on Kosovo but moved to the UK from the war-torn region when she was just one year old, and says her background has made her more driven.

She said: ''We were lucky to get out of there when we did. It's made me strive harder.''