Rob Kardashian has reportedly offered to donate his kidney to his brother-in-law Lamar Odom as the sportsman recovers from a drug and drink-fuelled binge. 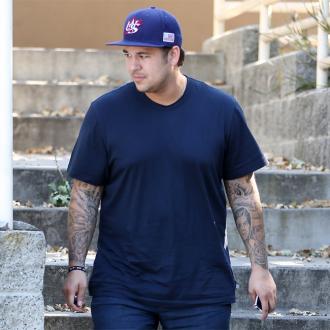 Rob Kardashian has offered to donate his kidney to Lamar Odom.

The 'Keeping Up With The Kardashians' star is desperate to do anything he can to help his brother-in-law, after he was found unconscious following a drug and drink-fuelled binge.

A source told the Mail Online: ''Rob is willing to do whatever it takes to help Lamar recover. If that means donating a kidney then so be it, Rob has a big heart and he's willing to step up to help his friend.''

The 28-year-old sock designer will still need to undergo tests to find out whether he is a match for Lamar, who is undergoing dialysis, which removes excess waste and water from the blood.

Meanwhile, a source previously revealed Lamar - who is married to Khloe Kardashian - is taking two steps forward and one step back.

They said: ''It's two steps forward, then a step back, but it

does feel like some progress is being made, little by little. There's still a black cloud, like, 'Okay, what's next?' The pneumonia was a huge setback, and now there's worry about permanent scarring of the lungs. His kidneys are still not functioning correctly, but he's nowhere near strong enough to even think of a transplant, so he's on dialysis.''