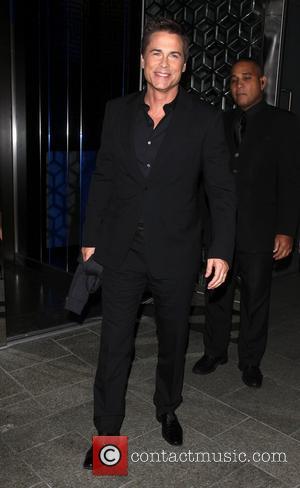 Actor Rob Lowe fears his upcoming second memoir will upset a few ex-lovers, so he's saving up to cover his legal costs.

The former Brat Pack star tasted literary success earlier this year (13) with his autobiography Stories I Only Tell My Friends and the acclaim his first book received has encouraged him to have another go - and this time he'll be including tales and anecdotes he felt were too provocative for his debut.

Lowe says, "As the first book was received so well, I kinda got more confident in my writing... There was some stuff in it that I didn't have the balls, frankly, to put in the first book."

The actor admits he received very little negative feedback from friends and relatives, who read Stories I Only Tell My Friends, but he fears there will be more backlash about his new book, titled Love Life.

The former The West Wing star says, "I just put, like, a legal fund away."

But he assures past loves and fans that the book won't all be salacious and saucy, adding, "There's some really fun stuff like what it's like to be a 19-year-old, fledgling movie star going to the Playboy mansion for the first time... and also what it's like to drop your first kid off at school... and all the fatherhood, marriage (stuff)."