Ronan Keating is working on a new solo album which he hopes will show people another side to him as he tries to make ''pop folk'' music like Damien Rice and John Mayer. 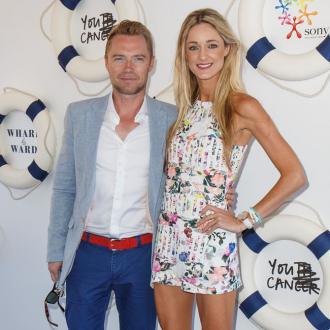 The 38-year-old singer has revealed he's currently writing his 10th studio album and has compared his new sound to artists such as Damien Rice and John Mayer.

Speaking about the record, he exclusively told BANG Showbiz: ''(It sounds like) Glen Hansard and Damien Rice and Ray LaMontagne, John Mayer. It's got a more organic kind of pop folk feel, singer/songwriter-y feel to the songs.''

The Boyzone star - who recently revealed he will marry his fiancee Storm Uechtritz later this summer - has been working on the forthcoming collection with singer/songwriter Greg Alexander, with whom he wrote his hit single 'Life is a Rollercoaster', but insisted fans shouldn't expect ''that sort of stuff'' to feature on the LP.

Instead, the father-of-three - who is hosting the breakfast show on Magic FM all week - said the record will have a ''pop folk feel'', as he was inspired by the genre while appearing in the West End musical, 'Once', earlier this year.

He explained: ''I mean, I was working on the show 'Once' over the winter and that very much influenced me as a guitar player and as a songwriter, so there's a much more kind of pop folk feel to these songs.''

Ronan Keating has joined Magic Radio to present their 'Magic in the Morning Breakfast Show' from 15 - 19 June.