Rooney Mara: The Girl With The Merkin

Rooney Mara has revealed she wore a merkin - a pubic hair wig - for her nude scenes in David Fincher's thriller 'The Girl with the Dragon Tattoo'. 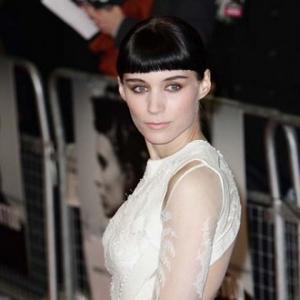 Rooney Mara had to wear a merkin for her role in 'The Girl with the Dragon Tattoo'.

The 26-year-old actress admits a lot of discussion and planning went into what sort of pubic hair wig she would display in the film, because her character Lisbeth Salander is naked in so many scenes in the new thriller.

One of the things the director David Fincher and the production crew wanted to get right was the colour of the intimate hair piece.

The actress stars opposite Daniel Craig in the movie, which is based on the Swedish novel of the same name by Stieg Larsson.

There are two other books which make up the 'Millennium Series', 'The Girl Who Played with Fire' and 'The Girl Who Kicked the Hornets' Nest'.

All three tomes have been made into Swedish language films.