But after the news that Cohen would be playing the iconic Queen frontman spread like wildfire, Queen guitarist Brian May took to his official website to clear up the reports. "[There was] a small joke that Jim threw in during his acceptance speech,” the guitarist began.

“He said that, in response to [inquiries] about the progress on the Freddie feature film, that Sacha Baron Cohen had been re-engaged to write, produce, and direct the film, as well as starring in all four major roles! I’m afraid some folks might have taken it seriously!”

More: So THAT's Why Sacha Baron Cohen Was Kicked Out of Wembley

Cohen had been previously linked to the project, but had dropped out in 2013 reportedly citing ‘creative differences’. The difference seemed to have stemmed from Mercury’s bandmates Brian May and Roger Taylor, who reportedly felt that the Bruno actor wasn't the right choice to play the frontman.

May later laid out his feelings in a 2013 interview with Classic Rock magazine saying, “In the end, we felt that his presence in the movie would be very distracting. What led us to that conclusion was the last three movies that he's made - The Dictator, Les Miserables and Hugo, in which he makes outstanding performances, but they're very much Sacha Baron Cohen performances”

More: Will The Freddie Mercury Biopic Ever Make It To The Big Screen?

“We thought there has to be no distraction in the Freddie movie. You have to really suspend that disbelief – the man who plays Freddie, you have to really believe is Freddie. And we didn't think that could really happen with Sacha.”

“That's not any criticism of his talent whatsoever, it's just a feeling that it was not going to work – that the pieces didn't fit together anymore,” May added.

But now we know that Cohen won’t be playing Mercury it seems the long in development biopic is no closer to finally getting off the ground. But with Cohen now out of the running, perhaps May and Taylor can take a look at Skyfall actor Ben Whishaw, who previously expressed interested in playing the singer and we think would make a pretty awesome Freddie! 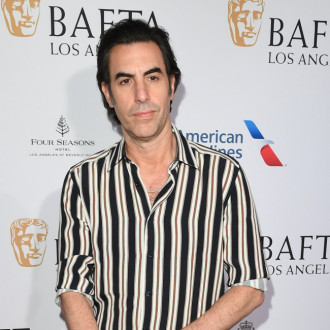