Sam Raimi has reportedly confirmed he is to direct 'Oz, The Great and Powerful' , a 3D prequel to the original 1939 movie 'The Wizard Of Oz'. 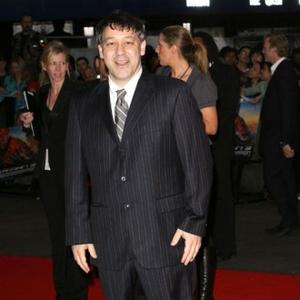 Sam Raimi is set to direct the 3D prequel to 'The Wizard Of Oz'.

The former 'Spider-Man' director has reportedly signed up to make Disney's 'Oz, The Great and Powerful', which is believed to be starring Robert Downey Jr. as the wizard and is due to begin production next year.

The film will be a prequel to the 1939 big screen classic, which starred Judy Garland as Dorothy.

Sam was first linked to the project earlier this year, but he confirmed film bosses were struggling to come to an agreement to produce the film.

At the time he said: "It's a great script, and it would be great if we could come to an agreement and make the film, but it hasn't happened yet."

This script is currently being rewritten by 'Rabbit Hole' playwright David Lindsay-Abaire.

It has been reported that Robert's interest in the part grew once Sam's involvement in the movie increased.

The coveted filmmaker has also signed up to produce new horror movie 'The Au Pair' through his Ghost House Pictures production company, from book 'The Sitter' written by R.L. Stine.

The story follows a young woman who leaves a troubled relationship to work as a nanny, where she uncovers a dark secret.

Are Fancy Visuals Enough To Save Sam Raimi's Oz: The Great And Powerful?