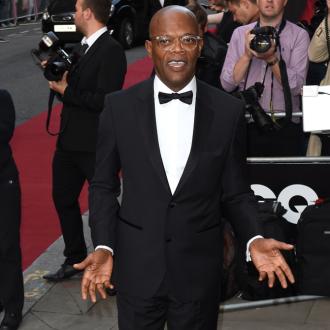 Samuel L. Jackson is in talks to star in 'Kong: Skull Island'.

The 66-year-old actor is wanted by Legendary Pictures to appear in the much-anticipated sci-fi movie, having recently lost the services of Michael Keaton and JK Simmons due to scheduling issues.

Jackson is currently locked in negotiations to play the part vacated by Simmons, while John C. Reilly is among the candidates being considered for the other available role, according to Deadline.

In the more immediate term, however, Jackson will star in Quentin Tarantino's eagerly-awaited 'The Hateful Eight', in which he will play a bounty hunter.

Meanwhile, Brie Larson and Tom Hiddleston have both recently been added to the cast of the movie, as well as 'Straight Outta Compton' star Corey Hawkins.

Casting for 'Kong: Skull Island' was thrown into crisis earlier this year when Keaton and Simmons conceded the production schedule was not viable, with both actors having a number of other projects in the pipeline.

Keaton is starring in the child-abuse drama 'Spotlight', while Simmons is to appear in 'The Accountant' and 'Kung Fu Panda 3'.