Scott Disick feels ''overwhelmed'' by fatherhood and is reportedly rebelling ''against the crazy responsibility'' of having three children with ex-girlfriend Kourtney Kardashian. 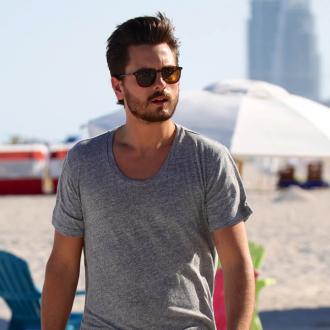 The 32-year-old reality TV star, who recently split from long-term girlfriend Kourtney Kardashian after nine years together due to his partying, is rebelling ''against the crazy responsibility'' of having three children, Mason, five, Penelope, three, and Reign, six months.

A source close to the 'Keeping Up with the Kardashians' stars said: ''He loves his kids. But he was never ready to be a stay-at-home dad. Scott rebels against the crazy responsibility of having three kids.''

Kourtney, 36, is said to have ended their relationship last weekend after he was spotted canoodling with ex-girlfriend Chloe Bartoli in the South of France.

The insider told PEOPLE magazine: ''He acts out, he drinks too much and he embarrasses Kourtney. It was becoming a poor environment for the kids to be raised in, and she refused to let that be the case. They are her first priority.''

Scott, who spent time in rehab earlier this year, skipped Penelope's third birthday celebrations at Disneyland in Los Angeles on Wednesday (08.07.15) in favour of staying in Boca Raton, Florida with friends, but wished her well via Instagram.

Alongside a number of photographs of the little girl, he wrote: ''1 of the only things I'm proud off about myself. Happybdayp (sic)''

Kourtney took their children to the theme park for the day, along with her mother Kris Jenner, pregnant sister Kim Kardashian West, 34, and her two-year-old daughter, North.