Scott Disick is said to be ''fuming'' with the Kardashian family for claiming it was Kourtney Kardashian who split with him and not the other way around. 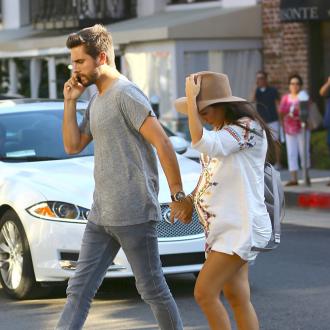 Scott Disick is ''fuming'' with the Kardashian family.

The 'Keeping Up With The Kardashians' star reportedly ended his relationship with partner Kourtney Kardashian weeks before he was seen getting close to Chloe Bartoli and is said to be angry with the 36-year-old beauty and her family for claiming it was Kourtney who split with him.

''He wouldn't have been photographed with his ex-girlfriend, Chloe Bartoli, if they were still together.''

Meanwhile, the 32-year-old television personality's partying antics are believed to have worried his close friends.

The insider said: ''[Friends] are really worried about him. They are all just praying he won't die. He doesn't have his usual guys with him. He's truly all alone.

''Everyone is scared that Scott will overdose and die. The [Kardashian] family has been on Scott watch for years now, especially after he almost died last year in Southampton. He already lost his family, and if he keeps going the way he is going, he will lose his life.''