Scott Disick and Kourtney Kardashian's relationship may be over but he is in ''constant'' contact with their older children via phone calls and Facetime. 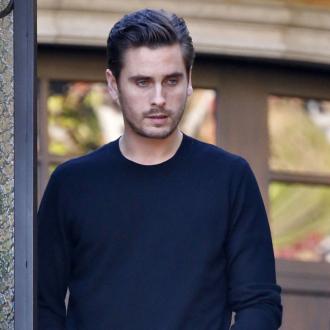 Scott Disick is in ''constant'' contact with his children.

The 'Keeping Up With the Kardashians' star - who split from long-term girlfriend Kourtney Kardashian last week - hasn't seen Mason, five, Penelope, three, and six-month-old Reign for over a month, but Facetimes and calls the eldest kids on a regular basis.

According to TMZ, although Scott and Kourtney's relationship is a ''disaster'' and the 36-year-old beauty has ''extremely bad feelings'' towards her former partner, she has been facilitating the 32-year-old model's contact with the kids and encourages them to maintain a relationship with their father.

Following their break-up, Scott has had his details removed from the gated community where he lived with his family and can no longer gain entry.

It was recently claimed Kourtney ''sacrificed'' her relationship with wild-partying Scott for the sake of their kids.

A source said: ''She was over dealing with his constant lies and addictions.

''It was becoming a poor environment for the kids to be raised in and she refused to let that be the case.''

Another source said: ''Kourtney is willing to sacrifice her relationship with Scott in order to keep [her kids] safe.

''Her children are her first priority. She needs to protect herself and her family, so she knows this is the right decision.''