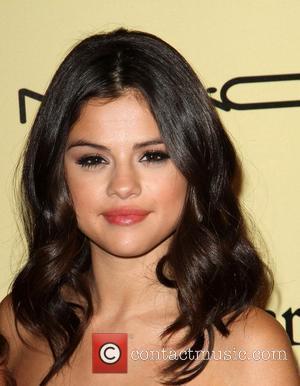 A representative for Selena Gomez has dismissed reports the singer/actress lost out on the lead in a movie remake of Stephen King's chilling horror tale Carrie to Chloe Grace Moretz, insisting she never auditioned for the role.
The Hugo actress, 15, was unveiled this week (begs27Mar12) as the star tackling possessed teenager Carrie White in the supernatural film, taking on the role made famous by a young Sissy Spacek in director Brian De Palma's classic 1976 adaptation.
Subsequent reports claimed Gomez had tried to land the iconic part, but her rep has been quick to brush off the rumours, telling GossipCop.com the 19 year old was "never even up for the role".