Is It Me? Was It The Oscars Sexism? Seth MacFarlane And Emilia Clarke Split 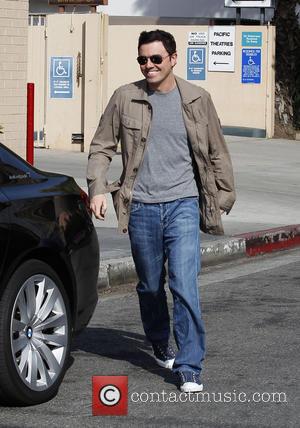 Seth Macfarlane has split from his girlfriend Emilia Clarke, E!Online reports. Whether or not Emilia was as grossed out Seth’s sexist Oscars hosting japery as the rest of the female race has yet to be confirmed but apparently it was a change in location for the two celebrities that forced the split. Seth, 39 and Emilia, 25 have parted ways and the news was confirmed by a source close to the Family Guy creator and Game of Thrones actress.

“They are no longer dating," a source told E! News. "It was really a location challenge. She has been in Europe shooting Game of Thrones and he is based in California, so it was hard to make it work despite the distance. They have remained friends." The couple’s relationship first became known to the public when they were spotted cosying up together at HBO’s Emmy’s afterparty back in September and now it seems that this will be one of those short-lived, un-dramatic relationships that won’t be remembered for very long at all.

Emilia will shortly be appearing in a Broadway production of Breakfast at Tiffany’s. Seth, presumably, go back to working on Family Guy, after his Oscars-hosting role was poorly received. The biggest offender in his routine was probably the song and dance number that detailed the Hollywood actresses that had dared to bare their flesh, throughout their career. Far from tasteful.