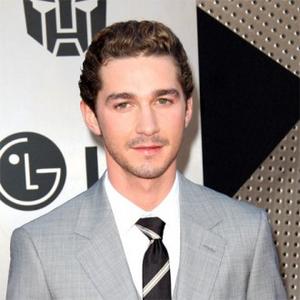 Shia LaBeouf is in discussions to star in war drama 'Pinkville'.

Director Oliver Stone has confirmed the 24-year-old actor is interested in starring in the Vietnam-based drama because of his father's involvement in the 1955-1975 war.

He said the pair had talked about working on the project while filming 'Wall Street: Money Never Sleeps', which was released earlier this year.

'Pinkville' was originally set to be filmed in 2007 with Channing Tatum and Bruce Willis up for roles but was shelved because of the Writers Guild strike at the time.

The movie concerns the massacre at My Lai in March 1968 and tells the tale of Hugh Thompson, a US helicopter pilot who helps to stop the murder of 500 people by placing his helicopter between soldiers and The Village they lived in.

As yet it is not known when the project will film or who else may be starring.

Shia will next be seen as Sam Witwicky in 'Transformers: Dark Side of the Moon'.