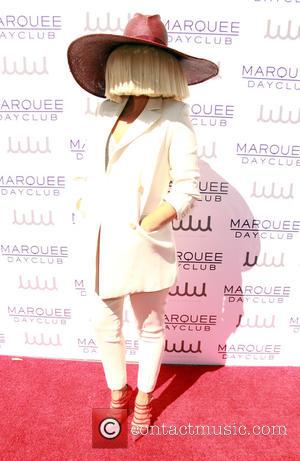 Sexy Klum, who wears nothing but items from her signature lingerie collection for the promo, admits she was delighted to be a part of a Sia project.

She says, "Sia is one of those incredible artists who puts so much passion into her work, and I am thrilled to be part of a music video.

"I remember being blown away the first time I heard her voice on Breathe Me. And I love many songs she has written for other artists. I love great collaborations and to be given the opportunity to appear in the video while wearing my Heidi Klum Intimates collection, is definitely up there.

"Pedro and I had a blast shooting. You don't know exactly what's happening - but we're definitely up to something!"

It's not the first time Sia has collaborated with non-music celebrities - Shia LaBeouf starred in her Elastic Heart video.

The Fire Meets Gasoline promo will be released on VEVO and YouTube on Thursday (22Apr15).