British Actress Sienna Miller Once Walked Away From A Role In A Broadway Play After Learning She Was To Receive Just Half Of The Salary Of Her Male Co-star. 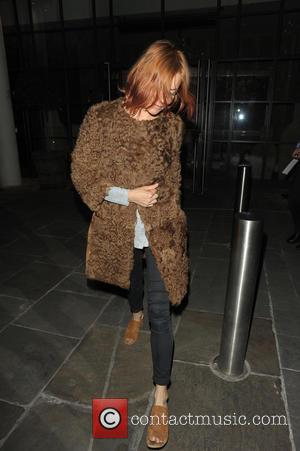 The American Sniper star reveals she had been in talks to return to the New York stage in a mystery project earlier this year (15), but pulled out of the production upon discovering the huge pay disparity, according to Britain's The Sunday Mirror.

She says, "It was a play with just two of us on stage and I was offered less than half of what he was going to be paid. If it was two men, it wouldn't probably happen. Sad, but I walked away."

Miller did not name the male actor or the show involved.

The actress, who made her Broadway debut in the 2009 play After Miss Julie, ended up returning to the Great White Way in March (15), starring as Sally Bowles in a revival of hit musical Cabaret.

However, she struggled with personal and health problems during her stint, leaving her in a "dark place", even though she recently told Vogue magazine that the stage experience was "the most incredible, fulfilling thing I have ever done". She added, "I feel like I've peaked with that (Cabaret stint)."