In the months leading up to the release of the sublimely titled Everything is Boring and Everyone Is a Fucking Liar, Naeem 'MC Spank Rock' Juwan has bemoaned the state of hip-hop, attacked other artists for chasing trends and fretting about their image rather than taking musical risks, and railed against his reputation as a party rapper who's only interested in talking about sex and drugs. Any suggestion that his new album might see Juwan getting deep or regaling us with his thoughts on the credit crunch is, however, eviscerated mid-way through its second track, when gruff guest vocalist Big Freedia drops the following lines: 'Pussy power! Pussy-pow-pow-pow-oh! The pussy! The pussy pussy! The pussypussypussydon'tstop! Bend over girl!'. Same old Spank Rock. 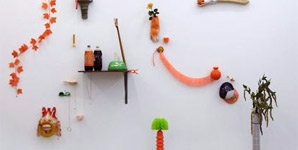 Only not. While he's still keen to reassure us that he has hoes in different area codes, Juwan is rapping over a very different set of beats this time around. His previous album, the excellent YoYoYoYoYo, was produced entirely by Alex 'XXXChange' Epton, whose very physical blend of deep, dark bass and 8-bit bleeps and bloops complemented Juwan's lithe flow perfectly. This time around, XXXChange has only contributed to one track. In his place, a string of big-name guest producers - including Diplo, Pharrell, and the incongruous figure of Mark Ronson, who presumably wandered into the studio by mistake - provide Juwan with musical backdrops. As a result, Everything is Boring and Everyone Is a Fucking Liar is a less cohesive album and a relatively uneven one, although only one song is an outright failure. 'Energy' samples krautrock heroes Can, lifting a large portion of 'Vitamin C', one of their better-known songs. This isn't a bad idea, but Spank Rock and producers Boys Noize make a mess of it, adding a limp new vocal which sounds like a half-arsed parody of Can frontman Damo Suzuki and cluttering up the track with awkward, unnecessary sound effects and waves of buzzing, distorted guitar.

There are plenty of better moments. The minimal click-whirr of 'Ta Da' gets the album off to a misleading but enjoyable start, and 'Car Song' features an expert, crooning cameo by Santigold. 'Race Riot' and 'Hot Potato' are classic Spank Rock. They're exciting and a little ridiculous at the same time, a blur of forward motion, a flurry of dexterous beats, a endless loop of repeated lines which burrow into your brain. Juwan's lyrics are still, frankly, ridiculous. 'All you white girls shake it till my dick turn racist!' he deadpans on 'Race Riot'. During 'Cool S#[email protected]', he tells us that he was 'at the cruise ship doing cool shit'. But you don't listen to Spank Rock for lyrical insight. He's got other strengths as a vocalist: his flow is nimble but switched on, coolly riding the beats but never sinking into the background. Just as on YoYoYoYoYo, he fixates on small phrases, repeating them again and again hypnotically. He's still got it. He remains rap's equivalent of Andrew WK, frighteningly determined to get the party started - and that isn't a bad thing.

Spank Rock - Everything Is Boring and Everyone Is a Fucking Liar 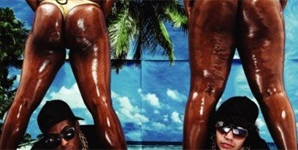