Stereophonics - You're My Star Single Review

Review of You're My Star Single by Stereophonics

Review of Stereophonics' single You're My Star. 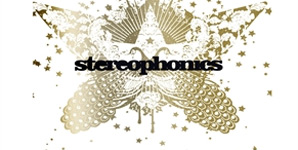 Since their breakthrough in 1997, Stereophonics have racked up five chart-topping albums, released over twenty singles and played hundreds of live shows. This chapter of their career is encapsulated in 'A Decade In The Sun', their best of collection from which this track is lifted.

It's rare that songs recorded especially for this type of compilation prove to be a worthy addition to the band's catalogue and this is no exception to the rule. Plodding along at mid-tempo pace and not dissimilar to previous single 'Rewind', it finds the band in their often-accused state of mediocrity. While the sentiment in the lyrics is a very sweet dedication to his children, it is only during the middle eight that Kelly Jones' vocals transmit the passion needed to lift the song. Too little, too late, the result is a song which is unlikely to convince anyone to investigate the band if they haven't already.