The new solo album by Stevie Jackson more or less continues from where the most recent album by his day-job band, the Scottish twee-popsters Belle & Sebastian, left off. I used to love B&S, for whom Jackson plays lead guitar. Their first few releases were glorious, melancholic, folk-tinged things; songwriter Stuart Murdoch told tales of bullied, bruised, romantic outsiders which always seemed peculiarly personal, as if each character was an extension of himself. Murdoch romanticised the everyday dreariness of British life (I'm going to nominate the almost self-parodic 'la da da da da. what's on the box?/'Man About The House' with Paula Wilcox' as the definitive early-B&S lyric) whilst putting centre-stage the struggles of those who felt trapped by it. But then, as another geeky indie songwriter from that period sang, something changed. Murdoch began to let other members of the group write songs, and Belle and Sebastian became a collective rather than a vehicle for his work. Their music became less personal, and the quality less controlled; too often, even their better songs were cold pastiches of sixties pop. Some people prefer their later songs; I would argue that each of their eight albums is slightly worse than the one which preceded it. 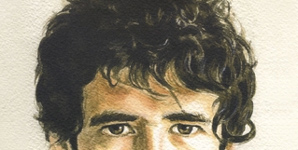 Like Belle & Sebastian's later work, (I Can't Get No) Stevie Jackson (let's all take a moment to applaud the title) is a perfectly pleasant set of competent sixties-sounding pop songs, with some nice melodies and hooks. At the same time, it's all surface no feeling, an academic exercise rather than a heart-felt record. It is, in other words, an oddly impersonal solo album; rather than baring his soul, Jackson seems to want to erase all trace of himself, writing and performing material which apes the music of others. Consequently, there's no real flair or personality on show; a shame, because some of the weaker material would have benefited from something like this, some attempt to venture off the beaten track, to add an interesting touch or twist rather than playing it safe. An air of mild irony pervades his lyrics, which give nothing of interest away.

Enough negativity: despite those complaints, this isn't a bad album per se. Fans of Belle and Sebastian's later work will find it a mildly enjoyable listen. While there's nothing here which matches Jackson's best B&S track, 'Jonathan David', there are plenty of solid pop songs, from the mildly funky 'Just, Just, So To The Point' to the gently lilting 'Bird's Eye View', on all of which Jackson and the supporting cast of musicians (including Bill Wells and various members of B&S) show some admirable chops. It could also be said that the increasingly dreary British autumn does no favours to a warm, positive record, one which would perhaps be improved were it listened to in the hot July sun, the harmonies and melodies drifting gently past. Perhaps next summer I'll re-evaluate it, but right now this seems a competent but rather characterless effort.