You can forget Guardians Of The Galaxy as the best soundtrack for an extraterrestrial adventure, there's a new indie rock super group that's eclipsed the competition. Originally conceived as a classical project in a live setting, Planetarium has evolved from the original brief that Nico Muhly developed. By bringing onboard The National's Bryce Dessner, Sufjan Stevens and his recent collaborator James McAlister, along with an orchestra and a consort of seven trombones, Muhly has created something vast and epic in scope. At its core Planetarium is a very simple and self-explanatory concept, but the execution of that idea is pulled off with a suitable amount of grandeur and magic. It's an ambitious and memorable, if occasionally flawed, album. The record actually succeeds at its most extreme and chaotic orchestral moments, creating an immersive atmosphere reminiscent of orchestral cues that accompanied cinema's best excursions into the universe. You can't fail but be reminded of the imagery of 2001: A Space Oddity, Gravity, or Interstellar as McAlister's electronic beats weave in and out of complex brass crescendos. However the less volcanic moments rely upon an almost too familiar sci-fi mood in the lyrics, which ultimately detracts from the overall experience.

It's difficult to pinpoint any particular song that demonstrates all of the strengths of Planetarium, it certainly works as a suite, just as any real world planetarium relies on all of its moving parts. Indeed the project has been designed to be cyclical with the album starting and finishing with bare bones piano ballads piloted by Stevens' angelic voice. It's here that he is at his most transcendent as he sings "all that I've known to be at peace" during the album's closing song 'Mercury'. Dessner's guitar slowly builds in the background to create a celestial calm and balance that draws the album's themes to a mesmerising climax. There's a hypnotic quality to Planetarium's coda that places it amongst the best work of all involved.

It's earlier in the album that Stevens' words fall a little flat. One such example is 'Jupiter', which he describes as the "loneliest planet". The vocoder and auto tune techniques Stevens employs throughout add a sense of occasion to proceedings, but the sheer volume of Greek mythology, religion, and heartbreak that Stevens is trying to convey weighs down the song. In the live setting where much of the material was honed and refined these theatrical moments may have translated more successfully, but in your front room it feels like Stevens is struggling to match the heights reached by the musicians accompanying him. That's not to say that he's the weak link here, far from it, there are simply occasional moments where the orchestration needs to breathe without Stevens furiously trying to tell us something about the human condition through a cavalcade of images summoned from myth to science fiction.

All four collaborators do manage to give real personality to each of their subjects though, no two songs sound the same, and whether that's through the instrumentation, vocal effects, or raw emotion that Steven's lyrics express, they've created an engrossing map of our galaxy and beyond. Many parts of these songs were recorded six years ago when the project was being performed live, and have been completed or revised in the studio more recently in an effort to distil the essence of the shows into something less temporary. In doing so these four accomplished musicians in their own right have created something that is overwhelmingly beautiful, ambitious, challenging, and totally unique. 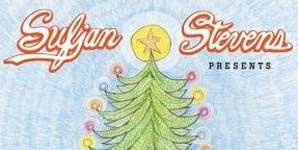 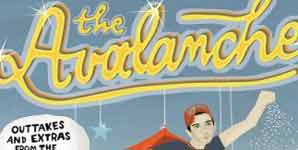