Taylor Swift has confessed she can't understand music artists who don't write their own songs as that's the biggest thrill for her. 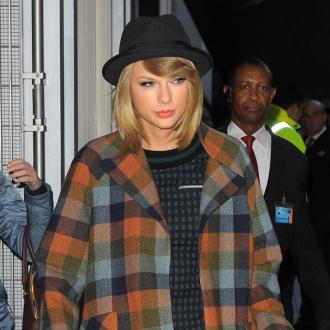 The 'Out of the Woods' singer says she and pal Ed Sheeran have so much in common because they both use their music as a way of connecting with people.

She explained: ''The thing with both Ed and me is that neither of use would be on stage if we didn't write our own songs. There would be no reason to be.

''The addiction we have is that connection. We have spent so much of our lives alone and feeling misunderstood. You write a song about an emotion that confuses you, or about something you're scared of or excited about, and you release it, and all of a sudden you're making a connection with millions of people.

''Then the final phase is that you look out into a crowd of thousands of people and they know every word. That's an overwhelming feeling of camaraderie - which we've never felt before in our lives.''

The 24-year-old beauty also confessed that her recent hit single 'Shake It Off' has allowed her to achieve one of her life-long dreams.

She told The Sunday Times newspaper: ''Ed texted me last night and went, 'I'm in a club, it's 3am, they've played 'Shake It Off' three times in the three hours I've been here'. And I had this feeling of complete triumph, of victory.

''I've always wanted to write a song that people would dance to.''