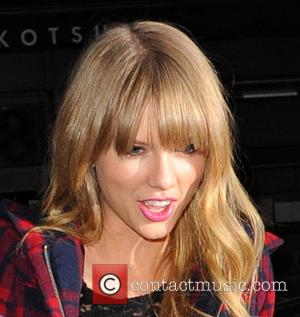 Taylor Swift has sparked rumours she's landed herself a new British boyfriend after she was spotted enjoying a night out in London with rising star Tom Odell on Thursday (21Feb13).

The Love Story hitmaker reportedly split from One Direction singer Harry Styles last month (Jan13) after a brief romance, and the former lovers faced each other at the BRIT Awards in London on Wednesday night (20Feb13).

All eyes were on Styles as Swift performed her break-up anthem I Knew You Were Trouble, but the American singer is said to have spent the night getting close to another BRIT Award winner, Critics' Choice Award honouree Tom Odell.

Gossips were then sent into a spin when Swift and Odell were photographed out together on the night after the big prizegiving.

The pair visited The Florist Arms pub in east London together on Thursday evening, before heading across the city to spend the rest of the night at the swanky Groucho Club.

Swift has previously revealed she is a fan of the good-looking 22 year old, who recently played a live cover version of I Knew You Were Trouble, while Odell recently said of the star, "She's an incredible lyric writer. I bought her album Red after that (covering the song) and she writes it all herself - I didn't know that. Some of it's incredible. I'm definitely a fan."