Tom Odell (born 24.11.90)
Tom Odell is an English singer/songwriter, known for his debut EPs and studio album, 'Long Way Down'.

Childhood: Tom Odell was born in Chichester, West Sussex, UK, before moving to New Zealand with his family at an early age. The move came courtesy of his father's job as an airline pilot. When in the UK, he studied at Seaford College, as well as taking piano practice until he was Grade 7. At the age of 13, Odell began writing songs, but refused to reveal it for fears of appearing 'uncool'. At 18, he chose to attend a music college in Liverpool

Career: While performing a series of shows in London, Odell was seen by Lilly Allen, who had him signed to the record label In the Name Of - part of Columbia Records. On 15th October 2012, Odell released 'Songs from Another Love', with his first television appearance taking place in the following month. On 24th June, 2013, Odell released his debut studio album, 'Long Way Down', to mixed to poor reviews. Despite this, the Ivor Novello Awards ceremony named Odell as 'songwriter of the year'. In late 2014, Odell released a cover of The Beatles' 'Real Love', which was used for the 2014 John Lewis Christmas Advert. 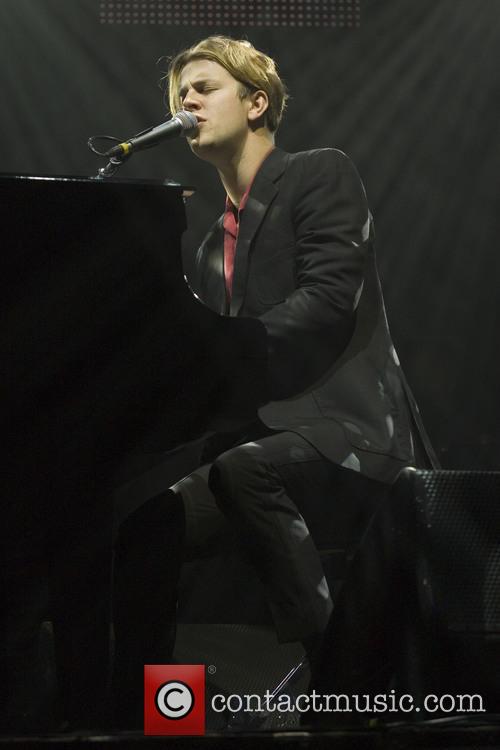 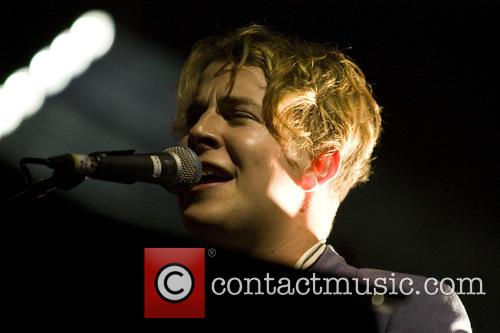 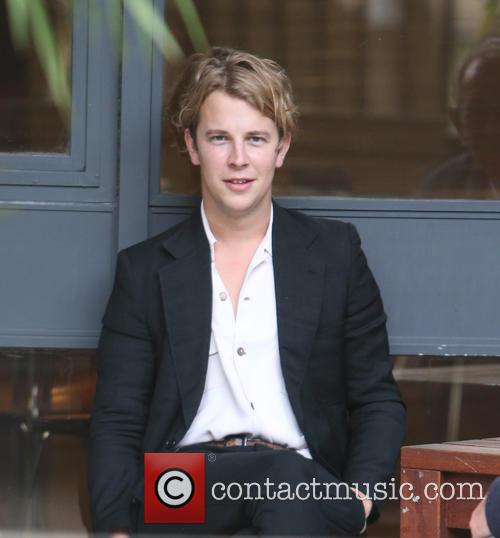 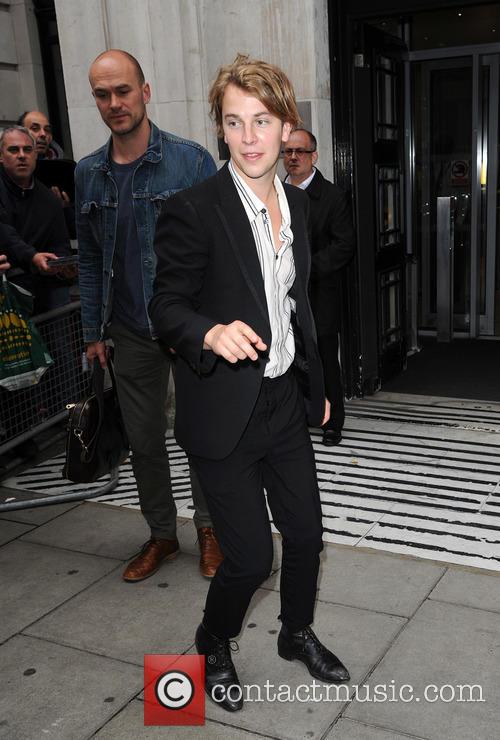 To win a Brit Award before releasing your debut album brings a certain level of expectation, but Tom Odell managed it with aplomb.  Not only did he top the chart with his first long-player, it also went on to reach platinum sales figures. Its follow-up is now ready to be revealed and a supporting will take place from November.

Odell's breakthrough success was built on piano anthems and ballads predominantly about heartbreak, crucially avoiding clichés and displaying his endearing vocals.  It would be an easy choice to try and repeat the formula of mature pop, but any notion of this is dispelled early on by the title track and 'Magnetised'.  Whilst they retain the retro backing vocals that are something of a trademark to Odell's work, club beats are certainly new and work surprisingly well.  'Concrete' is soulful and features a particularly strong chorus, while 'Constellations' is a return to piano and strings that swoons gracefully.  'Silhouette' begins in a similar manner before opening up into energetic pop brilliance, while 'Here I Am' is destined to be a live favourite that shows how something as simple as hand claps can be effectively utilised.

'Wrong Crowd' is not a perfect record; with cuts such as 'Sparrow' and 'Jealousy' not quite hitting the mark, but Odell more than shows that the success of his first album was no flash in the pan.  He continues to channel failed relationships into wonderful work, but crucially displays that as an artist, he is capable of successfully developing his sound.  He hasn't abandoned the qualities that brought him to prominence, but uses them as a foundation to create a fine collection that firmly places him amongst the elite of contemporary British singer-songwriters. 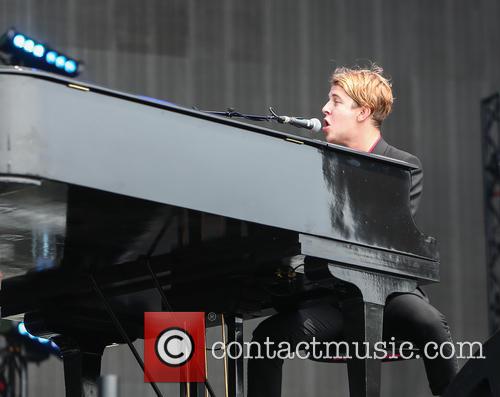 This year's advert will feature a boy, a penguin and Tom Odell. And lots of weeping, probably.

It’s become received wisdom in recent years that the countdown to Christmas begins with the John Lewis Christmas advert. 2014’s cutesy overload is set to feature a little boy and his cuddly toy penguin friend, according to journalists who’ve already managed to get a sneak preview. John Lewis has already stated the two-minute "Monty's Penguin" clip is designed to evoke "the magic of make-believe at Christmas through a child's eyes". Hmm. In any event, it’s bound to stick with the tried and tested formula of aiming directly at the heartstrings and tear ducts.

The Somerset House Summer Series has firmly made a name for itself as a must-attend event in the calendar, presenting an eclectic line-up of fantastic artists in an equally stunning setting. Wedged tonight in the midst of the ten-day run was the much-lauded Tom Odell, who enchanted the crowd with his ardent vocals and boundless enthusiasm.

If you've listened to Odell's album, you'll have been struck by the fact that someone so young seems to have such experience with love and heartache and can express it in such an eloquent and sincere way that many artists twice his age could only dream of. Live, this aptitude is hauntingly magnified, paired with his soulful voice that cracked with emotion and strained with the yearning depicted in his lyrics.

'Can't Pretend' saw him strike his piano keys with a ferocious vivacity as he bounced about on his stool, completely engrossed in his performance. Luckily, his intensity was infectious and the sell-out crowd stood completely mesmerised; for the majority of his set the audience were so quiet that you could hear a pin drop. 'Sirens' provided the perfect opportunity for Odell to showcase his vocal talent and, even with little but a piano to support him, his voice and presence permeated the grand courtyard.  You'd never have guessed this was the same man who had been forced to pull out of a slot supporting The Rolling Stones mere days earlier due to a chest infection; he was pitch-perfect throughout and not once did his voice falter.

Set for release on 24th June 2013, Tom Odell's first album is an anticipated release: he was nominated for the BBC's Sound Of 2013 award, was the BRITs' Critics' Choice and, perhaps most impressively, has been chosen to support The Rolling Stones this summer.  His own headline shows are scheduled for October, including a multiple-night run at Shepherd's Bush Empire.

If you're not familiar with Odell's work, what is most immediately striking is the fragile vocal style, something that you wouldn't expect to have a commanding presence.  It isn't disguised behind a wall of sound though, nor is this a collection of a cappella work.  Predominantly accompanied by keyboard, he engagingly stomps through numbers such as 'Hold Me' and the passionate 'I Know'.  The voice is endearingly emotive without feeling in any way forced and this is the key to the songs being so captivating.  The majority of writing is about heartbreak, but where Odell mainly succeeds is in conveying a genuine grief as refrains from turning to clich's.  Take 'Till I Lost' for example, a towering track with touches of gospel and haunting backing vocals that makes no mention of crying or sadness, it is instead conveyed through the soundscape.

The touch of soul that is 'Supposed To Be' marks another highlight of this release, but it's not all doom and gloom.  'Grow Old With Me' is a spritely piece that builds to a rousing conclusion which could easily have audiences dancing but, truth be told, Odell is best when he's hurt - his pain is our gain.  'Another Love' sees him sounding at his lowest and most vulnerable, emphasised by a sparse arrangement to begin with, then developing into a huge and powerful crescendo that will strike a chord with anyone who has been damaged by a relationship - if you're going to wallow, this is definitely how to do it.  The peak of a good record - there's a couple of fillers in the middle that stop this from being great - it proves that the hype for this artist is very much justified.

Tom Odell Lived In His Car 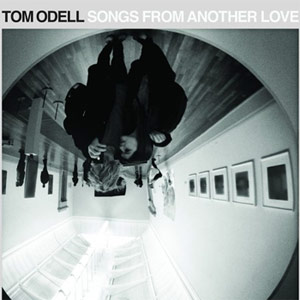