Live Review of Temples at the Hare & Hounds Birmingham June 2013 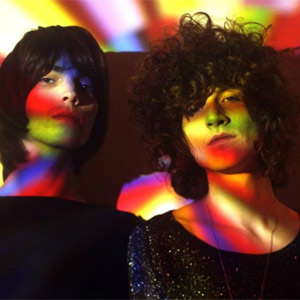 Temples introduce their new song 'Colours To Life'; a bit slower and more chilled out than what we are used to but still a winner all the same. This leads into 'Prisms' which is actually a B-Side and no doubt good enough to be a single in its own right, and to have B-Sides as strong as this has not been seen since the early Oasis days.

For a band that don't have an album out yet they are using everything they can; there must have been more guitar changes in between songs for LEAD SINGER than Blackburn Rovers have had Managers last season.  Then again, with the tunes that these guys are banging out including the brilliant 'Keep In The Dark', who cares how many guitars they use? But the crowd still seem sadly lacking in any participation, they just stand there clutching their pints and not even nodding their heads in appreciation. Even the final and most known song 'Shelter Song' does not move these statues, which is a bit of a let-down for the band but these guys look like they will just move from strength to strength.

After listening to these on You Tube (other video sites are available) and seeing these guys live it is like hearing what The Horrors would sound like if they were in the sixties, with their melodic psychedelic sound.  Although Temples do not have an album yet, they are most definitely securing a large fan base by showcasing their music on the live scene and have got to be dubbed as one of the most exciting bands emerging out of the UK, can't wait for the album!