Review of Looping State of Mind Album by The Field

Axel Willner, or The Field, as he's known in musical circles, came to light with 2007's minimalist and ambient techno offering From Here We Go Sublime, an album that was as much a shoegazer and trance album as it was ambient techno. It's been four years now and six year since the Swede first dropped his demo tape into Kompakt's mailing room, and over those years you can indisputably hear a change in pace and direction. 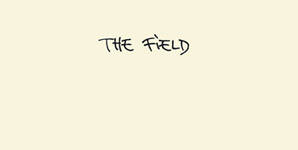 The looping samples associated with The Field's blend of experimental techno-cum-luscious pop are what first brought him to a reasonably wide audience four years ago with the debut contribution, and following the change in direction seen on the follow-up record Yesterday and Today, the title of The Field's third album may be hinting back at the sound that made him popular in the first place. However, this is not the case.

For those of you damning this fact, fortunately this continued progression is not a bad thing. Whilst the sound is still as cosmic and serene as before, what we get on the first song, 'Is This Power', is quite possibly the most upbeat and even danceable track Axel has produced in his career so far. In this internet age, where producers of ambient music can achieve minor fame whilst working out of their bedrooms, the Field have taken this as vindication that the times they are a-changing - ambience requires that little something else to make it stand out. A handful of songs do sound somewhat more familiar as his earlier songs, 'Its Up There', for example has the same soaring loops, reminiscent of some mid-career Chemical Brothers - think a more drawn out 'Star Guitar' - that could have appeared on either of his previous LPs. Yet there is a much richer and more defined finish to the song that hints to the effort that's been put into the post-production, as if he's gone over the tracks with a cloth and a can of Mr Sheen.

It is this polished sound that takes the album to another level, he doesn't try to go over the top with his music, and one of the most beautiful things about it is the simplicity that is required to make such a huge sound. You can hear the outside influences that have helped make some of the best tracks, particularly on the ethereal 'Then Its White' that evokes a JÃ³nsi-less Sigur Ros feel; the atmospheric piano loop is as movingly apocalyptic as something that could appear on ÃgÃ¦tis byrjun.

The sound is at times a little over drawn, but it is really headphones music, not something you should listen to solely through your laptop speakers, and given the right circumstances, the noises he creates can evoke grandiose musical landscapes, which is essentially what Axel must have been attempting to do. Like he did in 2007 with the Nordic Light Hotel's "Sound of Light" project, he tries to bring to mind a vast musical backdrop, a field of sound if you will. With his wall-of-sound approach to the album he definitely achieves this, and what a sound it is.

The Field - Looping State of Mind