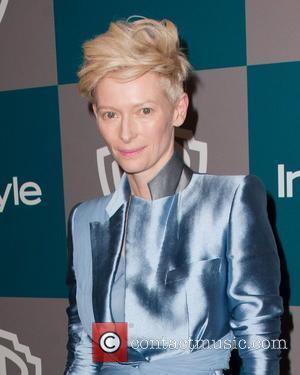 Tilda Swinton could be set for glory at the forthcoming BAFTA Awards after she was nominated for her role in the film 'We Need To Talk About Kevin'. In dual success for the film, its director Lynne Ramsay was also nominated for Best Director with the pair set to go amongst some heavy hitters including several who were nominated for last weekend's Golden Globe Awards.
Swinton's best received roles so far in her career have been firstly for 2001's 'The Deep End,' which saw the star gain several nominations including the Golden Globes and Spirit of Independance Awards, and then in 2007's 'Michael Clayton' where she gained an Academy Award for Best Supporting Actress in the George Clooney-starring film. She also took a Bafta in the same category that year.
If Swinton wants to win her first major award as a leading actress however she'll have some tough competition. Meryl Streep is highly fancied following her portrayal of former UK Prime Minister Margaret Thatcher in the biopic 'The Iron Lady,' whilst Michelle Williams' turn as Marilyn Monroe in 'My Week With Marilyn' gets a nominated as well as Viola Davis in 'Help' and Berenice Bejo in 'The Artist.' Michael Fassbender of 'Shame' may be the favourite to take the male equivalent meanwhile. It's 'The Artist' that's gained the most nominations overall, up for a whopping 12 gongs and many are predicting that its success could lead all the way through to the Oscars as awards season really begins to hot up.