The labelling of legends has become overly familiar, but in the case of Tony Bennett, it would be difficult to successfully argue it as hyperbole. A veteran of World War 2, his first album was released in 1952 and paved the way to multiple Grammy and Emmy awards, while continuing to release new records. Perhaps the biggest artistic tribute he could have comes by way of his recorded stage introduction: a declaration by none other than Frank Sinatra that Bennett is the best singer in the world.

A standing ovation welcomes Bennett on stage for the last night of this UK tour, an indication of how he is held in the highest regard by his fans, who need not hear a note to lavish him with praise. With a catalogue consisting of over 50 studio albums, putting together a setlist could be an arduous task, yet every selection is greeted by whoops of delight. Rarely breaking the rhythm of performance, early highlights include 'They All Laughed', 'I Got Rhythm' and 'This Is All I Ask', which raises a chuckle as he knowingly glances through the opening lyric of "As I approach the prime of my life". For of course he is a month away from turning 91 and whilst it is no longer as powerful as it once was, he provides the type of vocal performance that would shame many who are half or a third of his years.

As important to the quality of the show is his quartet band, which is regularly given moments to shine with impressive solos that Bennett obviously admires. Yes, these are also a necessity to give the star attraction a break to rest his voice, but the jazz skills they display are impossible not to admire, even if you're not an immediate fan of the genre. On a rare occasion when Bennett talks to his crowd, he delivers a message that they were all hoping for: he does not want to retire. Watching him shuffle on stage with a grin that rarely subsides, this is clearly a man who appreciates and enjoys his line of work. His finale is now well known, but by no means any less impressive: he discards his microphone and engulfs the hall with nothing more than the sheer power of his voice on 'Fly Me To The Moon (In Other Words)'.  It is a genuinely hair-raising moment from an icon that anyone in the industry could learn from.

By Holly Williams in Music / Festivals on 27 December 2016

Be it a duet or a solo, Tony Bennett is always fun to watch.

This year, Tony Bennett has been celebrating his 90th birthday and he took those celebrations in December with a TV special entitled 'Tony Bennett Celebrates 90: The Best Is Yet to Come'. Hosted by Alec Baldwin, it was a star-studded affair with performances from Michael Buble, Bob Dylan, Lady Gaga, Madonna, Elton John and more. Tony Bennett is one of the greatest live performers

We reflected on some of Tony Bennett's best performances to date: 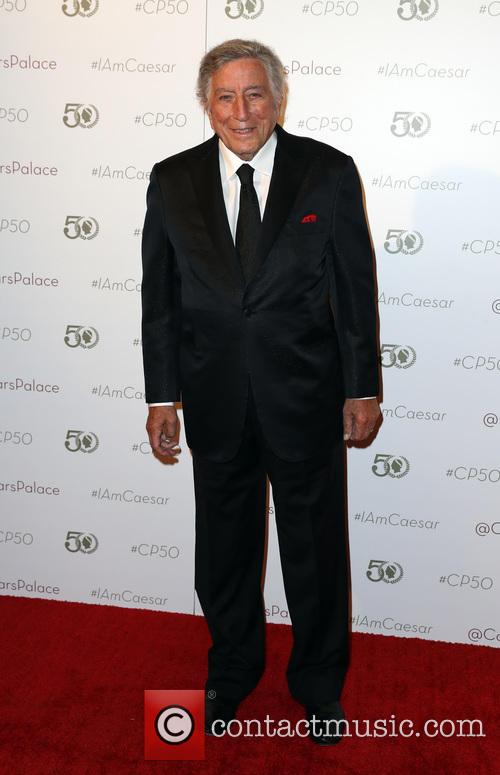 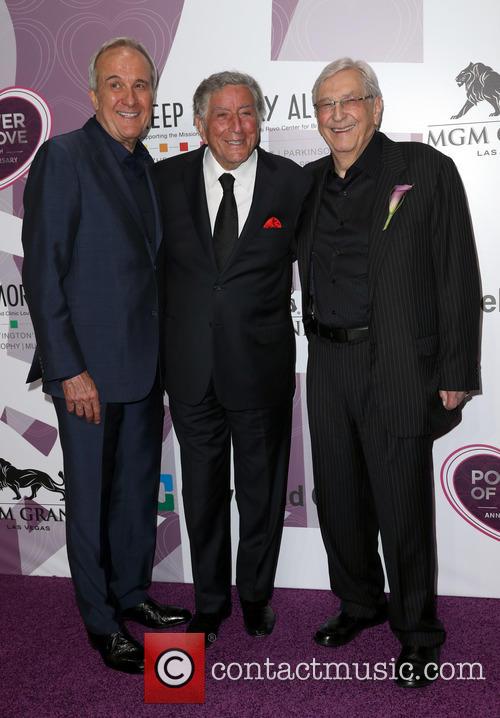 As with his Formula One documentary Senna, filmmaker Asaf Kapadia cleverly uses archival footage to explore the wrenching story of Amy Winehouse. It's a strikingly journalistic approach that refuses to let anyone off the hook even as it draws out their deepest emotions. Lyrically edited by Chris King, the film is both beautiful and achingly sad, especially as it engulfs the audience on a big cinema screen. A naturally gifted musician, Amy started writing her own songs at age 14 and had a publishing deal by 16, performing in small clubs as well as with the National Youth Jazz orchestra. At 20, her debut 2003 album Frank caused ripples in the industry with its jazz-infused vocals. And three years later, her follow-up Back in Black catapulted her into global stardom, something she never wanted. To escape the clamouring paparazzi and ever-larger audiences, she retreated into her on-off relationship with Blake Fielder, including a two-year marriage. But their key escape was to use large quantities of alcohol and drugs, which began to take a toll on Amy's career, leading to rambling interviews and shambolic stage appearances. In her lucid moments, she still had that raw power, and a series of rehab stints helped her conquer drugs. But in 2011, her alcohol consumption finally stopped her heart, which had been weakened by decades of bulimia.

Kapadia recounts this story using a staggering array of home movies, performance footage and press imagery, letting her prescient song lyrics play out across the screen as she performs them in homes, recording studios, TV shows and a variety of stages. Meanwhile, she tells her story in voiceover taken from interviews, plus new comments from her family, friends and colleagues. All of this is assembled with skill by the filmmakers to recount Amy's story chronologically, never shying away from the hard truths while refusing to let those closest to her adjust the material to revise history. In other words, it's sometimes brutally honest, not in the way it assigns blame but in the way it creates a portrait of a system that feeds off artists without properly looking out for them.

Lady Gaga And Tony Bennett Cancelled Concert Will Not Be Rescheduled

Lady GaGa and Tony Bennett’s collaborative show that was cancelled at the last minute on Tuesday night will not be rescheduled, it has been revealed. Lady Gaga and Tony Bennett had to cancel their planned show

The crooner and his often controversial partner, whose daring outfits have included a dress of meat, had already performed for Prince Harry on Monday; however, it seems like that was all a bit too much for 88-year-old Bennett who put paid to a second night of dueting because of the flu.

Continue reading: Lady Gaga And Tony Bennett Cancelled Concert Will Not Be Rescheduled

The legendary crooner and Mother Monster took London by storm and even Prince Harry came to have a look.

Lady GaGa and Tony Bennett brought their ‘Cheek to Cheek’ show to London’s Royal Albert on Monday evening, for a night of classic songs and old fashioned glamour all in aid of children’s charity WellChild.

Gaga and Bennett onstage together at the Royal Albert Hall.

The charity, which supports seriously ill children and their families across the UK, sent along royal patron Prince Harry to enjoy the evening’s festivities and the 5th in line to the throne managed to get up close and personal with the two singers.

Lady Gaga Has The Perfect Response To Any Pregnancy Rumours

The singer, who is engaged to boyfriend Taylor Kinney, isn't ready to start a family just yet.

Lady GaGa has found the perfect way to shut down any pregnancy rumours, by publicly declaring that she’s not got a little monster on the way and instead she’s just approaching 30. Lady Gaga is not pregnant she’s just getting older.

During a concert at the Hollywood Bowl in L.A. Sunday, as part of her series of Cheek to Cheek shows with Tony Bennett Gaga told the audience, "I'm getting a little older and many people think I'm pregnant but I tell them, 'I'm just almost f--king 30.’"

Continue reading: Lady Gaga Has The Perfect Response To Any Pregnancy Rumours

By Holly Williams in Lifestyle / Showbiz on 23 February 2015

Lady Gaga and her ladylike transformation. Continue reading: What An Oscars Performance! These Are A Few Of Lady Gaga's Favourite Things

By Alex Carson in Music Reviews on 09 October 2014

One of the biggest trends in music today is that new rhythms, beats and backing vocals are sounding more and more like the old ones. Vintage and retro have defined some of the big hits of the last few years, from Pharrell's 'Get Lucky' and 'Happy' to Meaghan Trainor's 'All About That Bass'. Most of these sounds only call back to the 1970s and maybe the 50s and 60s for their funk and their groove, and for some people that's just not enough. So leave it to Lady GaGa, never one to go halfway on anything, to team up with good old-fashioned showman Tony Bennett to deliver us all the way back to the Roaring 20s and the era of swing with their collaboration album titled 'Cheek To Cheek'.

If you've come into this album thinking that this will be a blend of Lady Gaga's pioneering pop methods and Tony Bennett's timeless style, I regret to inform you that it has missed the opportunity to feature Tony Bennett's cover of 'Bad Romance'. 'Cheek To Cheek' plays it straight, with Lady Gaga ditching her usual brand in favor of a 20s crooner. This is all Bennett's wheelhouse, and she really fits right in. Lady Gaga fits effortlessly into the role of the saucy dame, best seen in 'Goody Goody' where she cops her native New York accent to complain that she is no "goody goody", adopting a sly attitude as Bennett tries to romance her in all the wrong (yet right) ways.

Bennett and Gaga are both at their best in the call-and-reply songs, employing fitting referential metaphors in 'They All Laughed', convincingly affectionate back-and-forth in 'Cheek To Cheek' and, what must be one of the most comical lines, fitting the words "silly gigolos" into the album opener 'Anything Goes'. Gaga and Bennett also deliver two solos each, although Bennett's 'Sophisticated Lady' and Gaga's 'Ev'ry Time We Say Goodbye' and 'Lush Life' sound a bit too similar as slow-paced piano ballads in comparison to Bennett's string-dominated 'Don't Wait Too Long'. Other songs pack more instrumental flair, with the manic energy of 'Firefly' and the jazzy overtones of 'I Can't Give You Anything' conjuring images of smoke-filled old boys clubs. And, of course, the duo's rendition of 'It Don't Mean a Thing' closes the album with a bang.

The legendary singer has teamed with Gaga for 'Cheek To Cheek', an album of jazz standards.

Tony Bennett will be celebrating hitting the top spot of the US billboard charts this weekend, beating his own record for the oldest living artist to earn a number one album. The 88 year old released Cheek To Cheek, an album of jazz duets with Lady GaGa on September 23rd, and has so far sold over 131,000 copies of the album. The album is the third number one debut in a row for Bennett’s collaborator Lady Gaga, who last hit the top spot with ARTPOP, less than a year ago. For Bennett, it marks his second number one album after he set his original record for oldest living artist to earn a number one, with Duets II in 2011.

The jazz standards covers record sold 131,000 copies in its first week of release, according to Nielsen SoundScan, narrowly beating out albums by Kenny Chesney and Barbra Streisand at numbers 2 and 3 respectively. It also reached the Top 10 in the United Kingdom on its debut week. 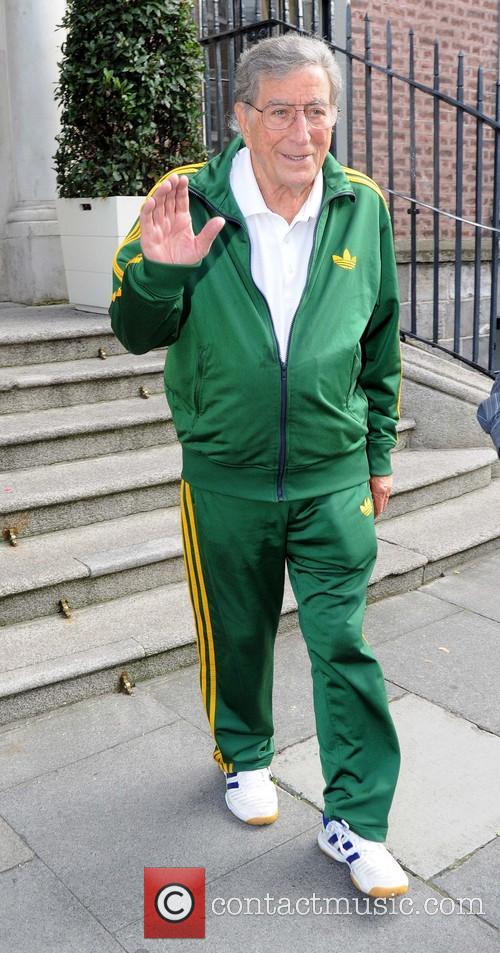 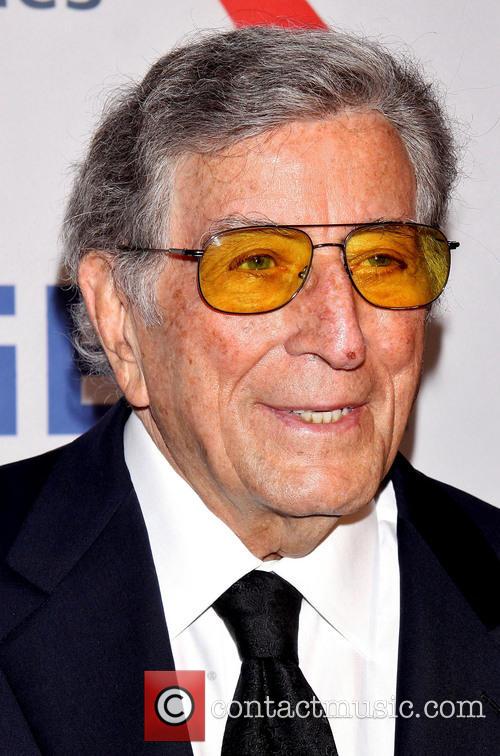 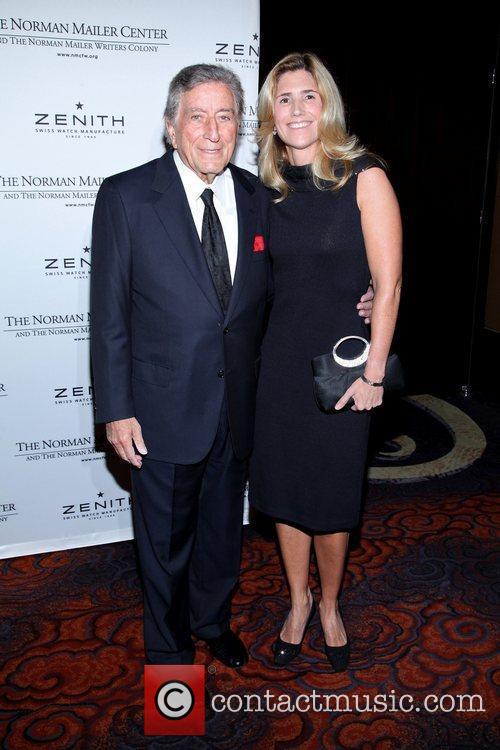