The Voice: Usher, Shakira In: Christina, Cee-Lo Out 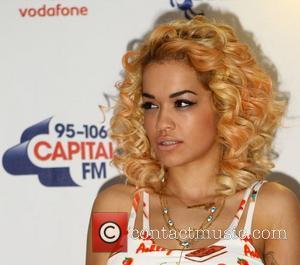 If you thought The Voice would rest on its laurels after last season’s huge success, then you thought very, very wrong. Not content with demolishing The X-Factor USA in its season premiere, show bosses have already begun tweaking the judging line-up for the forthcoming spring season. Christina Aguilera – perhaps the most high profile of the four mentors – is being replaced by Colombian pop princess Shakira, while Cee-Lo Green will make way for R&B star Usher, according to Entertainment Weekly. The new additions are part of NBC’s plan to develop an “on-going tent of talent” for the show, though fans of Christina and Cee-Lo shouldn’t worry too much: they haven’t been sacked. The former is releasing a new album and will go on tour, while Green is developing new music and working on a scripted comedy series based on his life – both are likely to return for a later season. Having a rotational judging line-up is an interesting concept, and executive producer Mark Burnett firmly believes that it’s the way forward, saying, “Having award-winning artists as coaches means they need to be able to tour…Whether in the red chair or on tour, our coaches have their chairs for life. This is exactly why, after three seasons, we needed to allow them to rotate out so they can get on the road amongst their fans. Meanwhile, we’re incredibly excited to have singular artists like Usher and Shakira joining the fold.” Country singer Blake Shelton and Maroon 5 frontman Adam Levine will continue on the spring season of The Voice – though it’s unclear whether this is through lack of work, or just because they love spinning their mechanical chairs around.