Vince Vaughn believes he and Jennifer Aniston didn't work out because there was a lot of ''attention'' on their relationship. 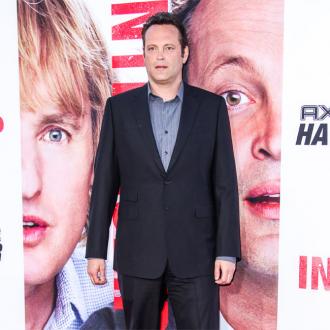 Vince Vaughn thought there was too much ''attention'' on his relationship with Jennifer Aniston.

The 44-year-old funnyman dated the 'Friends' actress briefly in 2005 and, although he thinks she's fantastic to be around, he believes their romance failed because of their celebrity status.

Speaking to Playboy magazine, he said: ''You know, she's great. For me personally - and I think most well-known actors who are together feel this way - I never enjoyed the paparazzi side of it. You like someone and you're spending time with them; that's separate and that was all fine. But I really spent most of that time finding ways not to be drawn into the attention.''

And the 'Internship' star admits trying to stay away from the spotlight was tricky considering he'd struck up a romance with the 45-year-old stunner just after her split from husband Brad Pitt.

He explained: ''I think lying low and not talking about it put me in a good position later because I just wasn't part of anything.''

Meanwhile, eight years on, Vince is now happily married to Kyla Weber, with whom he has Locklyn, three, and son Vernon, 18 months, and is glad he waited until he was 39 to get hitched.

He explained: ''I waited until I was a little older, and I'm glad. I just hadn't matured in that area. A lot of people think, 'Oh, I've got to focus on my career.' And then you wake up and go, 'Oh goodness, I forgot about the rest of my life.' Marriage is terrific, but it's the hardest thing I think you'll ever do.''