Walk Off The Earth Ed Sheeran

It's almost as epic as their Gotye smash hit.

Just when you think modern music has been whittled down to a mere handful of instruments, Walk Off The Earth come along for an extraordinarily creative rendition of a chart hit using tools you've probably never even heard of before. Their latest project is a cover of Ed Sheeran's single 'Shape Of You'. Walk Off The Earth do Ed Sheeran's 'Shape Of You'

Ed Sheeran's latest dancefloor classic 'Shape Of You' has hit number one in at least ten countries for a reason; it's just one of those infectiously uplifting numbers you can't get enough of. But is Walk Off The Earth's multi-instrumental version featuring a mash-up of TLC's 'No Scrubs' and Black Street's 'No Diggity' even better?

The instruments featured include whirly tubes, a kalimba and what looks like a tupperware container of dried pasta. And whatever you do, make sure you watch the new video all the way to the end so you can catch a glimpse of frontman Gianni 'Luminati' Nicassio's nephew Myles doing an impressive surprise cymbal kick.

There's something pretty hypnotic about the Ontario collective's approach to covers. In 2012, they launched an explosive rendition of Gotye's 'Somebody That I Used to Know' featuring Kimbra and managed to get 127 million views on YouTube in just four months. That year they even did an acoustic cover of Psy's 'Gangnam Style', and since then they have done 'Someone Like You' by Adele, 'Party Rock Anthem' by LMFAO, 'I Knew You Were Trouble' by Taylor Swift and 'Royals' by Lorde among others.

More: Read our review of Walk Off The Earth's major label debut 'R.E.V.O.'

Walk Off The Earth won the Juno Award for Group of the Year last year, and followed that up with a brand new single entitled 'Fire In My Soul'. It's the first single to be released from their next album, which they are yet to announce. It will follow 2015's 'Sing It All Away' which reached number two in Canada.

The band are going to be on tour from March, with dates announced for Philadelphia, Connecticut, Florida and New Brunswick, as well as Switzerland and France with many more shows yet to be announced. 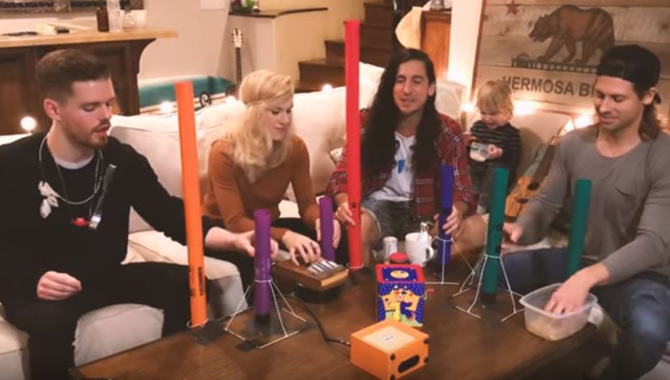 Walk Off The Earth - Alright Video

Walk Off The Earth - Drag Me Down ft. Arkells Video Walk Off The Earth - Rule the World - Behind the Scenes Video 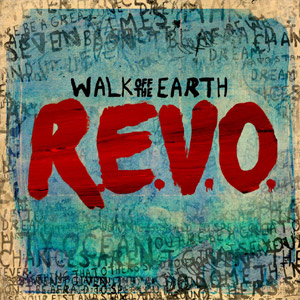