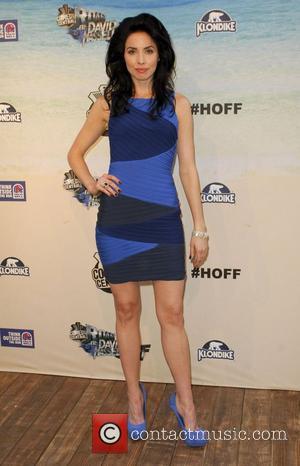 Whitney Cummings, the 28-year-old American comedienne and former cast member of MTV's 'Punk'd' appeared on Howard Stern's radio show today (2nd December 2010) to discuss her recent 'Friars Club Roast' of Quentin Tarantino, and her forthcoming stand-up gigs.
Cummings has been a frequent guest on Stern's show since she finished runner-up on the host's 'Funniest, Hottest Chick Contest', back in 2008. She has since performed on 'The Tonight Show with CONAN O BRIEN', 'Last Call with Carson Daly', and also on 'Chelsea Lately'. She discussed yesterday's 'roast' of director Tarantino which took place at New York's Hilton Hotel, and admitted that she always apologises to the targets before attempting to humiliate them.
The multi-award winning filmmaker seemed to take the jibes well however. Speaking to the New York Times afterwards, Tarantino said, "They were actually pretty nice, compared to how bad it could have been". Cummings joined Sarah Silverman, Harvey Keitel, Michael Madsen and Eli Roth in poking fun at Tarantino's large chin, his foot fetish, and his obsession with Uma Thurman, who sat next to him during the event. The comedienne recently went on tour with actor Denis Leary to promote the sixth series of hit show 'Rescue Me'.