Will Smith and Jada Pinkett Smith's ban kids from seeing the Jenners?

Will Smith and Jada Pinkett Smith have reportedly banned their two children - Jaden and Willow - from ''associating'' with the Jenners, after their son split from Kylie Jenner last year. 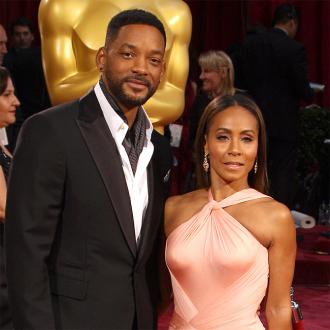 Will Smith and Jada Pinkett Smith have allegedly banned their children from hanging out with the Jenner sisters.

The couple, whose 16-year-old son Jaden split from Kylie Jenner, 17, last year after three years of dating, are reportedly unimpressed with her and older sister Kendall Jenner's new sexier images.

A source said: ''Will and Jada were never fans of the Kardashian clan. But after learning about Kendall and Kylie's recent antics, they don't want Willow and Jaden associating with the girls anymore.

''At this point they feel that the entire reality TV family has built an empire on shock value - and they don't want their kids to be pawns in a low-level fame game. They say mingling with the Jenners could ruin the kids' images.''

But 'After Earth' star Jaden, who attended Kim Kardashian West's wedding to Kanye West in Florence, Italy with Kylie last May, isn't happy about the ban even though she is now dating Tyga.

The insider told US OK! magazine: ''They've having a hard time convincing Jaden that they have his best interests at heart. He can't understand why his parents suddenly don't trust his judgement.''