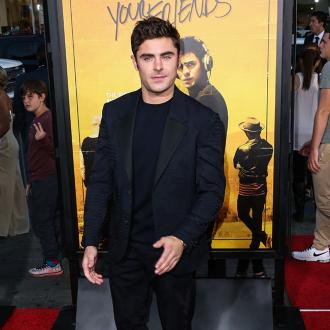 The 27-year-old actor's girlfriend has revealed they ''celebrated'' the special occasion earlier this month by simply ''hanging out.''

The stylist and model told E! News: ''We kept it very chill, like lots of, lots of just hanging out, keeping it mellow.''

The 'We Are Your Friends' star and Sami, who started dating on September 5th, 2014, used to be very private about their romance, but Zac posted a touching tribute to mark their first year together on Twitter recently, writing: ''Happy anniversary baby :) I love you. September 5th @SamiMiro''

She later responded: ''Time flies when you're having fun. Happy anniversary baby. I love you too September 5th @ZacEfron (sic).''

The couple have already adopted a puppy and attended several public events together, including the 2015 MTV Movie Awards.

However, Sami recently confessed she is still getting used to the attention surrounding their relationship.

She said: ''I've never spoken about us before, but, um, it's definitely different. I think that you have to take that [kind of attention] with a grain of salt... It kind of just comes with the territory, and I know there's no really changing that, so you have to just embrace it...

''I'm not trying to hide anything in my life. If I was dating someone who wasn't in the limelight, I might have more photos on [Instagram] of our relationship, but I do think it's important. I mean, it's what is going on in my life, and I think that my social media can still represent that.''