The couple said they will continue to raise their two children together, living next door but one.

TV presenter Zoe Ball and her DJ husband Norman Cook, better known as Fatboy Slim, have announced they are to split after 18 years of marriage. The couple announced their separation in a joint statement, saying they had “come to the end of our rainbow.” A statement posted on both their Twitter accounts read: “With great sadness we are announcing that we have separated. After many exciting adventures together over the last 18 years we have come to the end of our rainbow.”

In 2003 their marriage was rocked by news of Zoe’s affair with DJ Dan Peppe and the couple briefly split for a few months. Then last December Zoe was pictured having a drunken kiss with 22-year-old Tay Tay Starzh of boyband Franklin Lake and a Christmas party for TV show ‘Strictly Come Dancing’.

Speaking about the kiss later, Zoe said that her husband had laughed off the slip-up: ”He has always said he wants his gravestone to read 'Norman was a very patient man'. And that sums it up really!” she said. 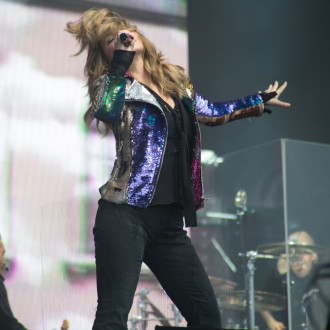