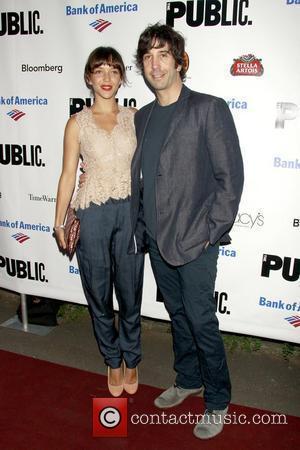 Picture: Zoe Buckman and David Schwimmer The Public Theater's Annual Gala, featuring a performance of 'The Merchant of Venice' at Shakespeare in the Park, held at...

Zoe Buckman, the 25-year-old British photographer, is pregnant with her first child to 'Friends' star David Schwimmer, reports People Magazine. The couple met in London in 2007 when the 44-year-old actor was directing his movie 'Run Fatboy Run', which starred Simon Pegg.
The pair announced their engagement last March and tied the knot during a private ceremony in June 2010. David had previously spoken of his desire to become a father, saying, "I think it's gonna have to wait until I settle down. It will happen when it feels right. Maybe part of me is waiting for myself to slow down a little and be ready to stay put. I'm confident it's gonna happen". However, the couple announced the pregnancy yesterday (22nd December 2010) and Schwimmer's representative said they "couldn't be more thrilled" with news of the arrival.
The actor has recently made a foray into movie directing, but his latest film entitled 'Trust' has been given an 'R' rating for "disturbing material involving the rape of a teen, language, sexual content, and some violence". The film stars Clive Owen and Catherine Keener and follows the story of a young girl who is attacked by an online predator.