Actor Aaron Eckhart Is Terrified Of Upsetting Movie Icon Clint Eastwood On The Set Of New Movie Sully, Because He Wouldn't Be Able To Live With Himself If He Made His Hero Unhappy. 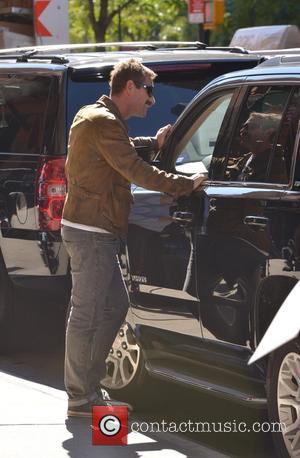 The Dark Knight star plays pilot Jeff Skiles in the new movie, which revolves around Chesley 'Sully' Sullenberger's heroics as he landed an aircraft full of passengers on New York's Hudson River in 2009, and he admits having Eastwood as his director and Tom Hanks as his co-star took a lot of getting used to.

He tells WENN, "I don't want Clint to be mad at me! I've watched Clint as long as I've been alive and I know what he means to the film industry.

"I know what he means to actors and directors. I don't have to think of reasons why I need to honour Clint because it's in my body, so I don't want to do anything that makes him mad at me. And he knows how afraid I am; he wields it against me on a daily basis, and so does Tom (Hanks)."