Queen have posted a statement on their website declaring that this year's Sonisphere festival has been cancelled in the UK. 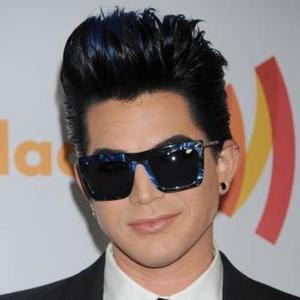 Sonisphere festival has been cancelled, Queen have claimed.

The band - with Adam Lambert on vocals- had been due to headline the UK leg of the annual rock extravaganza but have now posted a statement on their website confirming earlier speculation that the British event will not take place.

They wrote: ''It is with very heavy hearts and much regret that we announce the cancellation of Sonisphere Knebworth 2012''.

The event was due to take place at Knebworth Park in Stevenage on 6-8 July, with Queen headlining on Saturday, July 7, and KISS and Faith No More topping the bill on the other nights.

Other acts who were due to perform included The Darkness, Incubus, Refused, Evanescence, Marilyn Manson and Cypress Hill.

Organisers have not officially confirmed the news, but it is believed a statement will be made tomorrow (29.03.12).

Adam recently admitted he was ''honoured'' to be performing with Queen at the festival, though insisted he wasn't setting out to replace late frontman Freddie Mercury.

He said: ''The way I look at it is I'm not trying to imitate or outdo him or compete in any way, that's not even in my mind at all, I think it's really an honour to be asked to sing the music that he and the band wrote and get up there and put on a good show. If people are too busy trying to compare, they're not going to enjoy the music.

''It's really a one-off experience with the band, and I'm really excited for it. But I'm not joining the band and touring with them.''