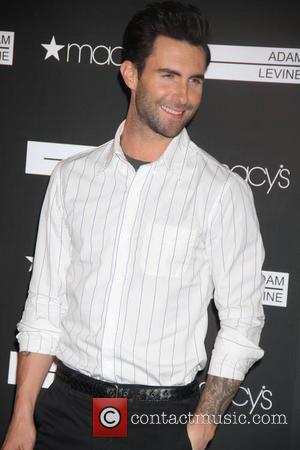 Maroon 5 were forced to cut short a show in Michigan on Monday (25Feb13) as frontman Adam Levine battled a nasty throat condition.

The singer went ahead with the concert in Grand Rapids despite being struck down with a bad bout of laryngitis, but his voice faltered, leaving the band no choice but to make an early exit.

Levine took to Twitter.com to apologise to disappointed fans and revealed he is now resting his voice ahead of the band's next live date.

He tweeted, "My apologies to our fans in Grand Rapids tonight. First case of laryngitis. I hate not being 100 per cent for you. But we still had fun! Thank you. On vocal rest for the next 24 hours. This means a lot of tweets. I apologise in advance."

The Moves Like Jagger hitmakers are due to play at the Sprint Center in Kansas City, Missouri, on Wednesday (27Feb13).