Adele was the main winner at the 57th Ivor Novello Awards today (17.05.12), picking up the PRS for Music Most Performed Work and Songwriter of the Year . 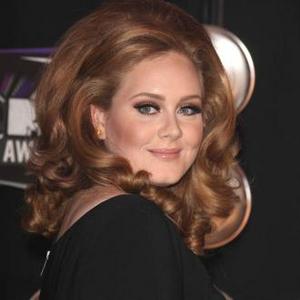 The 'Someone Like You' hitmaker - who was nominated in four categories - was honoured with the accolades for PRS for Music Most Performed Work and Songwriter of the Year, which was presented to her by Annie Lennox.

Speaking as she accepted the award for Most Performed Work for 'Rolling In The Deep' with co-writer Paul Epworth at the ceremony at London's Grosvenor House Hotel, Adele admitted: ''No offence Paul, I didn't think it was going to do anything, anywhere!''

Lana Del Rey was the first winner of the day with 'Video Games' taking the prize for Best Contemporary Song ahead of Nero's 'Promises' and James Blake's 'The Wilhelm Scream'.

Her songwriting partner Justin Parker praised Adele's influence, saying: ''It's great to have really classic songwriting represented, like Adele. Without Adele, I think Lana might not have happened. She opened the door for that kind of songwriting.''

PJ Harvey was the surprising victor in the Best Album category, beating Adele's '21' and Kate Bush's '50 Words For Snow' to take home the prize for her record 'Let England Shake'.

BBC Radio One's Chris Moyles took to the stage to present Take That with the Outstanding Contribution to Music gong, while Best Song Musically and Lyrically went to Ed Sheeran for 'The A Team'.

Gary Barlow admitted he was very proud with his award and admitted the Ivor Novellos is the ceremony that matters the most to the artists.

He told BANG Showbiz: ''This is the one award show in the calendar that really matters. We go to lots of award shows but if you were to see the plesasure on the recipients faces when they win an Ivor Its something different and special. Its a beautiful awards show and I'm proud to be here and win one.''

Gary's Take That bandmate Mark Owem added: ''Its absolutely great to receive this award. Most of all for the fans we've had not only the first time, but coming back after 10 years. There's been such great support the second time around, which has been great for my kids to see.''

Gary Kemp was presented with the Outstanding Song Collection Award and said it was a dream come true to be recognised for his work.

He explained: ''Receiving this Ivor for Outstanding Song Collection is the greatest honour of my career and I am absolutely blown away. It's the recognition from one's peers that makes this award so special and humbling. Thank you to the Academy. It's also made me feel very nostalgic for that twelve-year-old boy, who in 1972 started writing songs alone in his bedroom and wondered if he was weird.''

PRS for Music Most Performed Work:

Songwriter of the Year: