Was Adele Telling Chris Brown Off? She Tweets The Truth 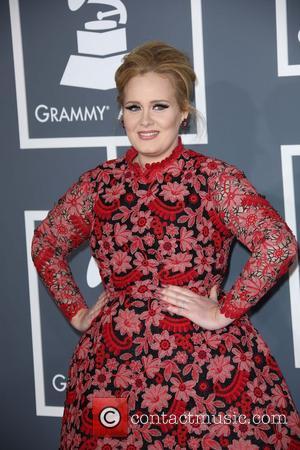 While some bands got some awards and gave some speeches, the real essence of The Grammys could be found elsewhere. What? You might ask; celebrity gossip of course! And what could be better than British powerhouse singer Adele telling Chris Brown off... or did she?

The photo certainly suggest she was giving him an earful for not awarding Frank Ocean with a standing ovation, which everyone else did, or for beating up Rihanna all those years ago. Adele looks like she's shouting, and Brown looks on the defensive, but that's not really the way it panned out. "Chris Brown and I were complimenting each other in that photo actually!" tweeted the Skyfall singer and Oscar nominee, confirming that a war of words didn't, in fact, take place. Adele, bless her, seemed star struck herself. And this is a 9-time Grammy award-winning artist! She was prancing around grabbing pictures with all the A-listers, including Beyonce, Rihanna, Katy Perry, and of course, the controversial Mr. Brown.

There was one person she didn't get a picture with though, and that was Ukrainian TV prankster Vitalii Sediuk, who climbed up when the Brit singer won Best Pop Solo Performance and said: "It's such an honour to receive this award" Jennifer Lopez sorted him out, and he ended up spending a night in jail. Worth it? Probably.