Alec Baldwin has received mixed reviews for his performance in new Broadway play 'Orphans', which hit the headlines earlier this year after his clash with co-star Shia LaBeouf. 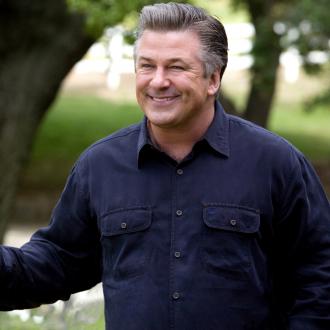 The '30 Rock' actor has divided critics over his performance in the New York revival of Lyle Kessler's play, which hit the headlines earlier this year when 'Transformers' star Shia LaBeouf exited the production after clashing with Alec.

The play, which is directed by Daniel Sullivan, has received praise from some circles, with the New York Daily News heralding Alec, 55, as ''totally captivating'' in his role as ageing crook Howard in the hostage story.

However, other reviews haven't been so complimentary. New York Theatre found that neither Alec or new co-star Ben Foster, who replaced Shia, ''turn in must-see portrayals''.

They added: ''Baldwin handles his character's comical philosophising like a pro, a criminal Jack Donaghy [his character on '30 Rock'], although Harold could surely do with a greater sense of menace.''

'Lawless' actor Shia, 26, claims his co-star had him fired from the play earlier this year over personal disagreements during rehearsals.

He recently said: ''I'm pretty passionate and impulsive, and he's a very passionate individual as well. And I think that impulsiveness and that passion makes for, you know, some fireworks.

''Me and Alec had tension as men. Not as artists but as men.''