Alicia Keys wants lions on stage with her

Alicia Keys wants lions and elephants on stage with her during a future tour, but worries the wild animals would work out ''very expensive''. 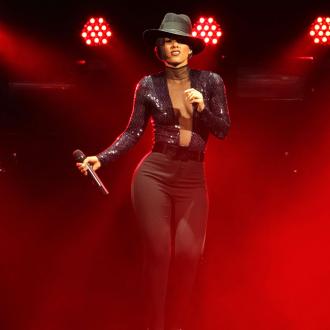 Alicia Keys wants lions on stage with her during a future tour.

The 'New Day' hitmaker admits she would love to be adventurous by including wild animals in her performances, taking on the role of a ringmaster in a ''circus'', but is wary of how much it would cost to put on such a lavish show.

Speaking to DJ Greg James on Britain's BBC Radio 1, Alicia - who is currently in the midst of her 'Set the World on Fire Tour' - said: ''Lions jumping through hoops. I could ride in on an elephant, but it could be too distracting. That would be very expensive. You gotta watch your money or it's gonna be gone.

''I liken my job to a circus but even a circus stays longer than we stay. It's so fast and fleeting.''

The 33-year-old singer previously referred to herself as a ''caged lion'' before releasing her latest album 'Girl On Fire' and credits the record for freeing her.

She said: ''Before making this record, in some ways I felt like a lion locked in a cage... I felt like a girl misunderstood that no one really knew, I felt like it was time to stop making excuses for any part of my life that I wanted to change.

''Once I made that choice I became a Girl on Fire, The Lion broke free!''