Having triumphed in 2015 'Strictly' final with her partner Jay McGuiness, Aliona announced that it would be her final series.

‘Strictly Come Dancing’ professional dancer Aliona Vilani has made the decision to quit the BBC show on a high having won last weekend’s final with her celebrity partner Jay McGuiness.

The 31 year old announced the news via Twitter on Monday evening (December 21st), less than 24 hours after scooping the grand prize in Sunday night’s final. She revealed that she had gone into the latest series having already “decided [it] would… be [her] last one”. She and 25 year old McGuiness, a member of boyband The Wanted, triumphed in the 13th series of the ever-popular BBC competition having been the bookmakers’ favourites for several weeks, edging out Georgia May Foote, Katie Derham and Kellie Bright in the four-way final. Their jive picked up the first 10/10 score from the judges last month, and Vilani said that this series had been her “best ‘Strictly’ experience ever”.

It’s the second time that she’s triumphed, having previously lifted the trophy with Harry Judd from McFly back in 2011. Other celeb partners have included Gregg Wallace, Tony Jacklin, Matt Baker and Rav Wilding.

In 2013, however, she had to pull out of the competition when she fractured her ankle in rehearsals with her partner Johnny Ball.

Vilani, who was born in Kazakhstan, started ballroom dancing in Russia at the age of 11, and went on to study in New York at the prestigious Broadway Dance Center. She moved to Los Angeles in 2006, and first started participating in ‘Strictly’ in 2009.

Her departure is the second from the regular roster of ‘Strictly’ professionals in recent times, with Ola Jordan ruling herself out of future series after she claimed in The Sun that the four judges “routinely over-marked” their favourite contestants.

More: ‘Strictly Come Dancing’ stars may be gagged by BBC after show criticisms 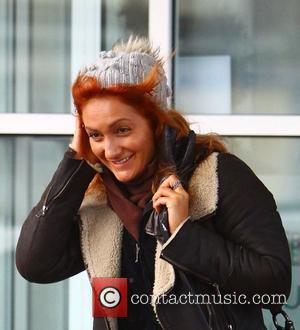