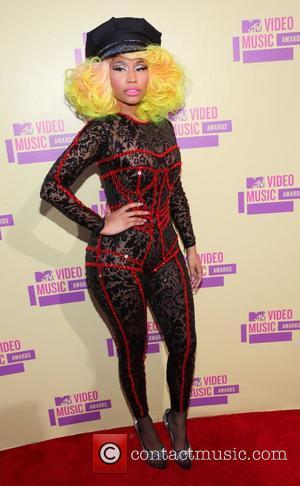 Well, that didn't take long now, did it? We knew that Nicki Minaj and Mariah Carey wouldn't be able to hide their disdain for each other for too long. TMZ have reported that the two newly-appointed American Idol divas couldn't even get through their first audition taping without making it pretty clear to everyone else in the room that they are not each other's number one fans. An American Idol source told TMZ that when Nicki would start discussing a contestant's performance, Mariah would interrupt. She didn't just do it once, either; it happened several times over and the source said that Minaj would just carry on talking, increasingly loudly, in attempt to drown Mariah out again. "These girls just don't like each other", said one source. It was always going to be a risky move, having two divas on the show; two women that are both known for being outspoken and demanding. Of course, that's exactly what the show's producers are looking for; a bit of friction on the judging panel always gets the viewers tuning in and it looks as though that's exactly what they're going to get. TMZ tried to catch Nicki for a chat as she left her debut audition taping. She apologised to everyone waiting though and simply got in her car, saying she was "tired" and "hungry." Must be all that energy she used up trying to shout over Mariah.